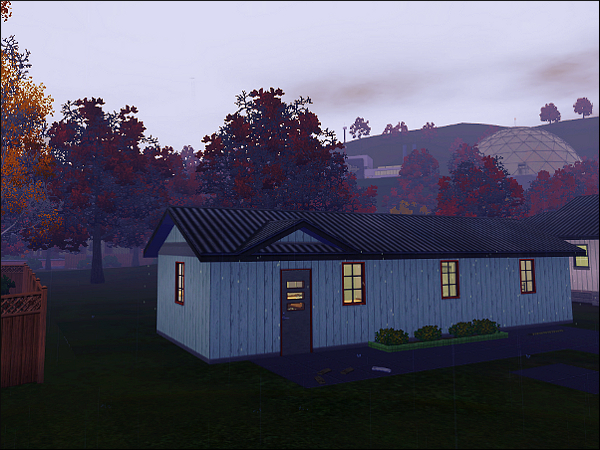 It's a quiet, rainy morning... 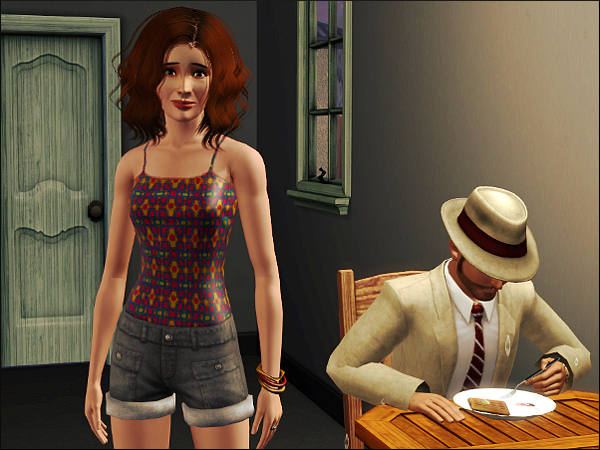 And guess who is still here?
Molly has made herself quite at home. John thinks it's all rather nice. Now he has a girlfriend to
cook for him, clean for him, to spend time with when he gets home from work... 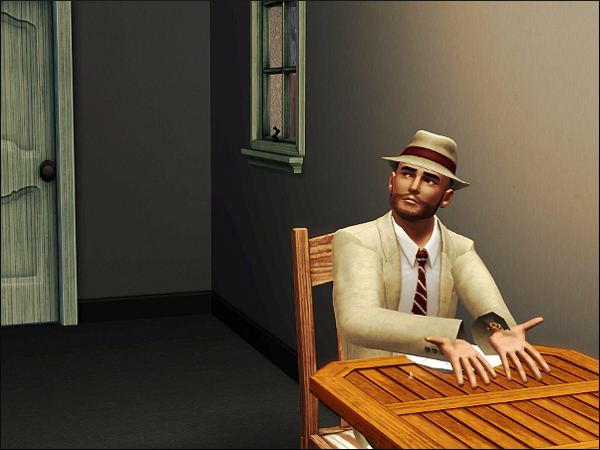 Apparently she doesn't share John's ideals.
"Why you no take my plate woman?" 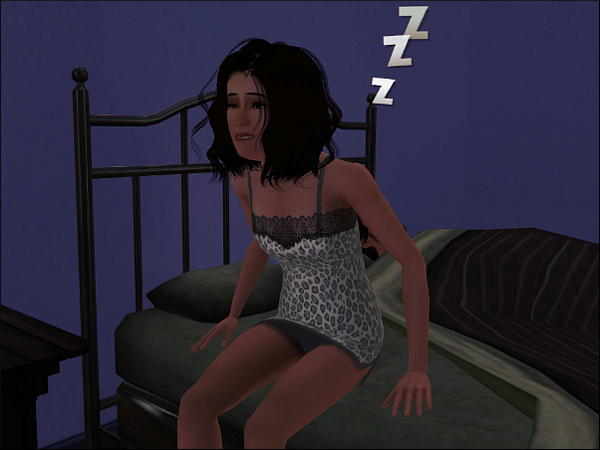 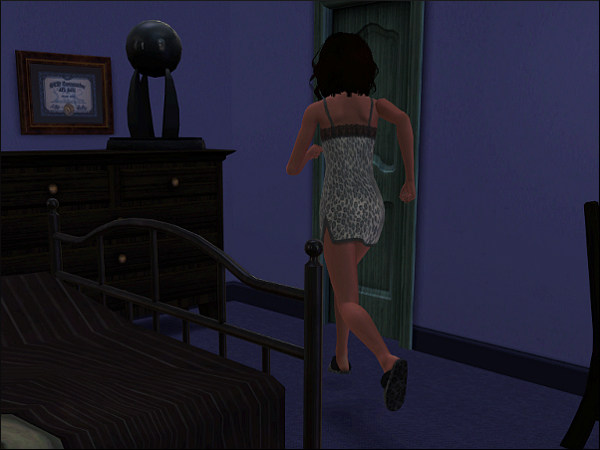 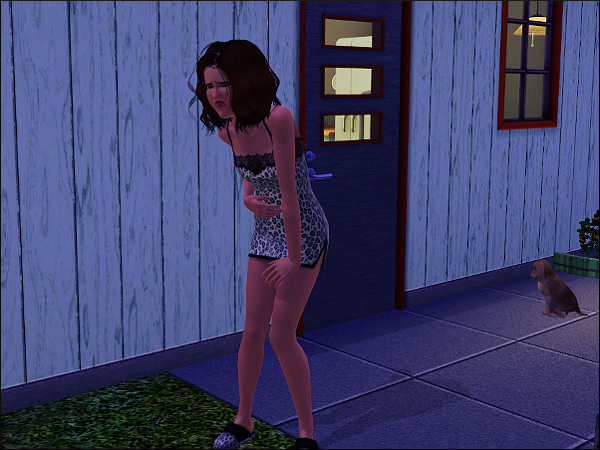 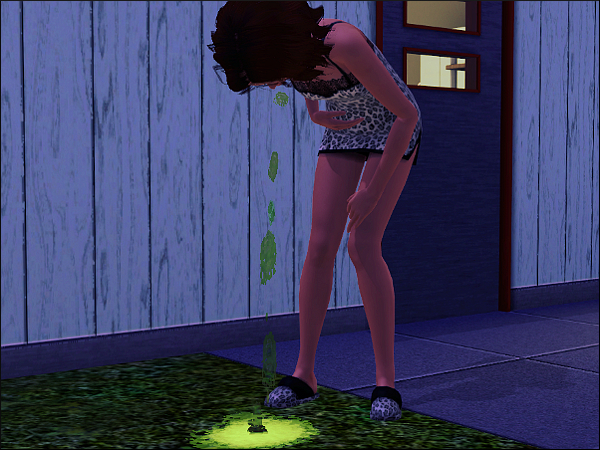 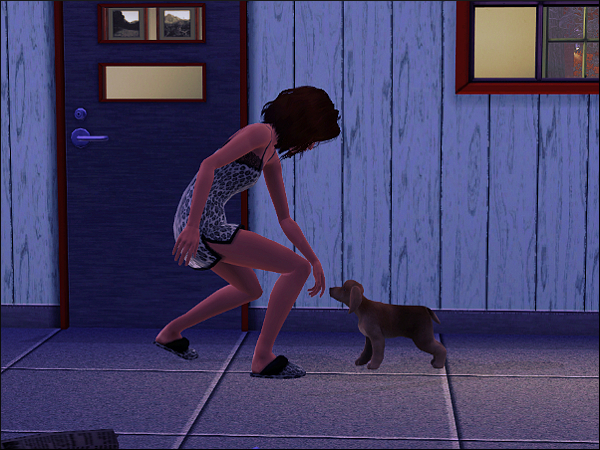 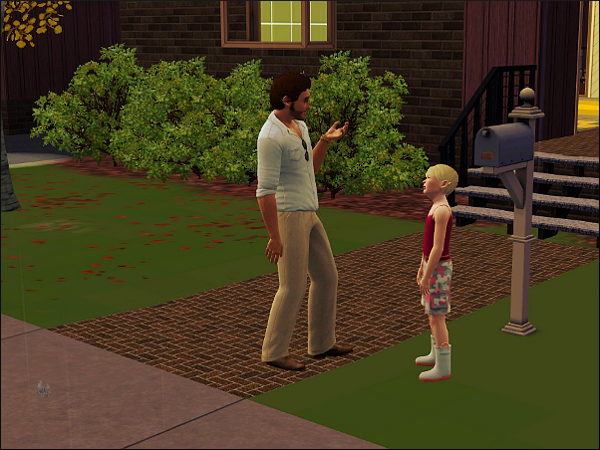 John, oblivious to Molly's illness, goes about his work. Darlene Bunch needs help figuring out
which member of her family stole the mouthwash. Really?! 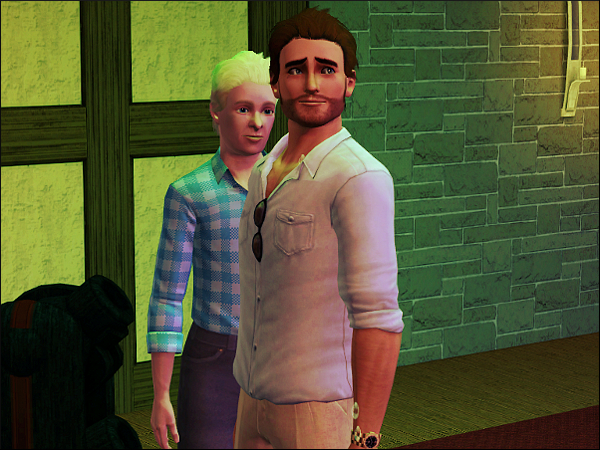 John suspects Ethan. He's just gonna talk to him, you know? Shouldn't be too hard. He's just
a kid, after all. 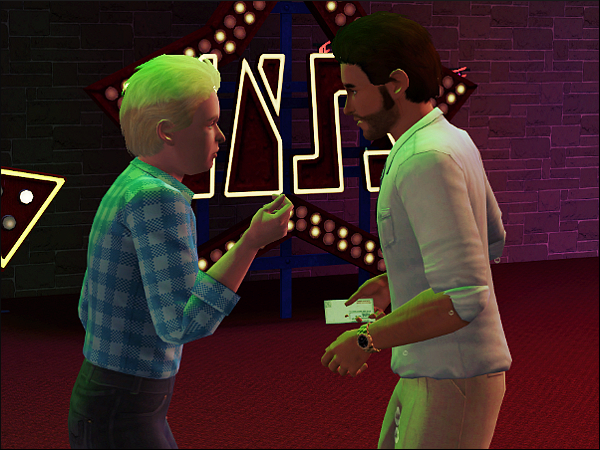 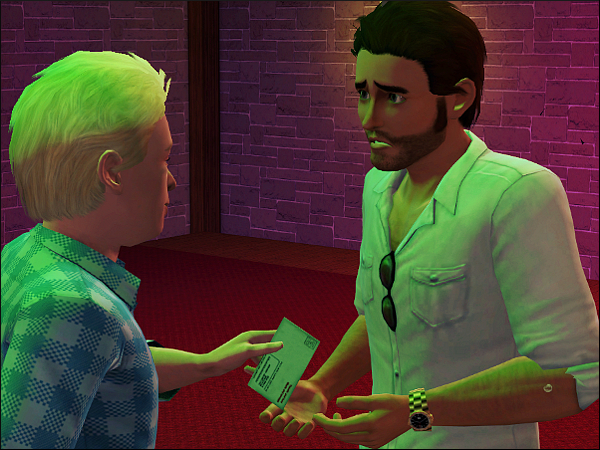 Ethan's been watching too much TV. $20 later, Ethan admits to stealing his little sister's mouthwash. 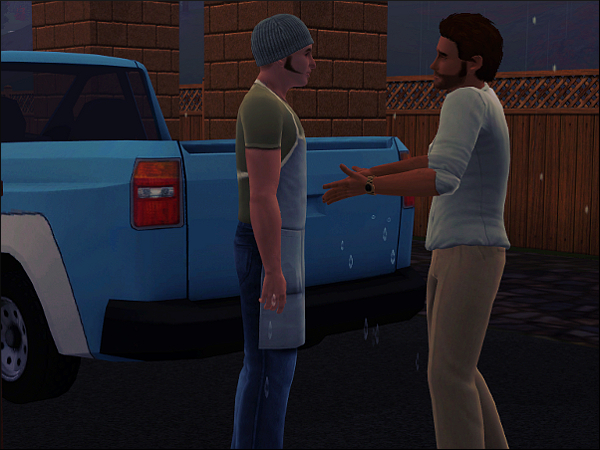 Jared Frio pays John good money to go online and call Jocasta Bachelor a "noopen
poopen." This job is not turning out to be as exciting as he thought, but at least it pays the bills. 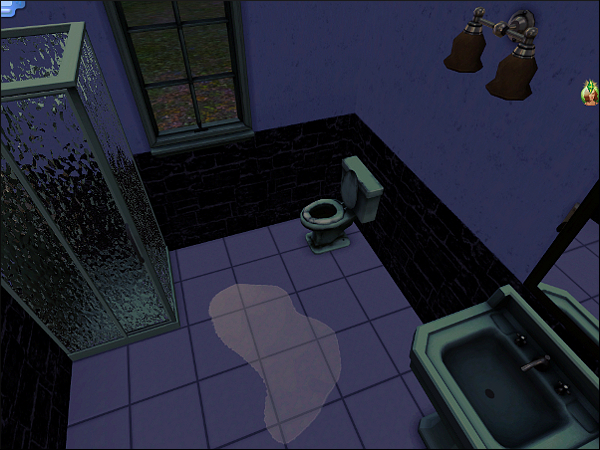 Molly hasn't been going to work the last few days and the house is turning into a disaster. 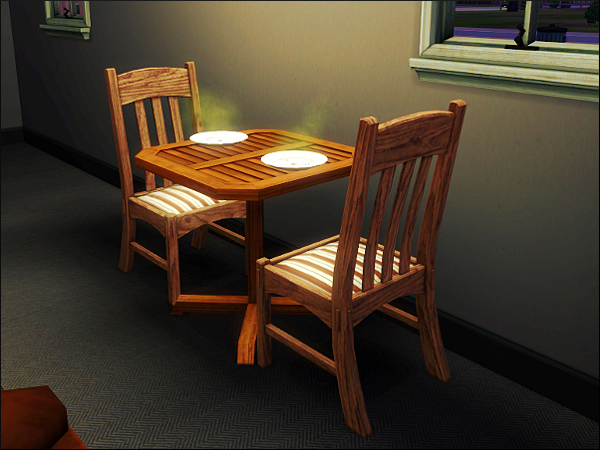 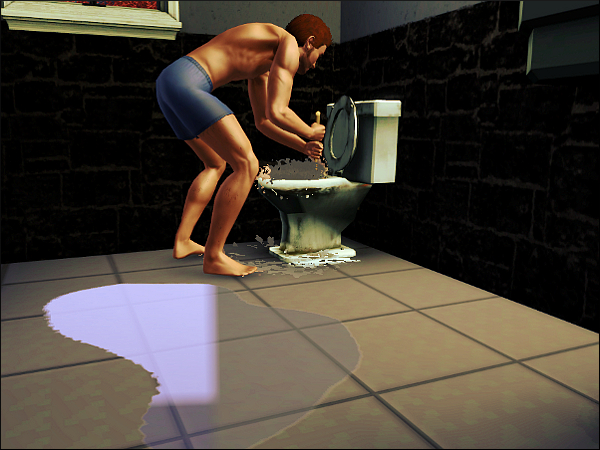 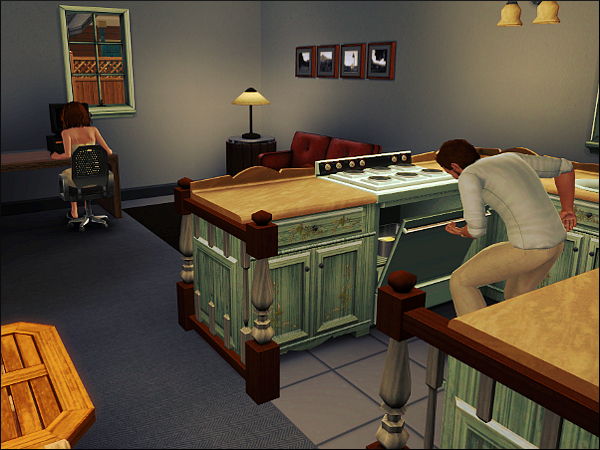 John does all the cooking and housework while his girlfriend plays computer games. 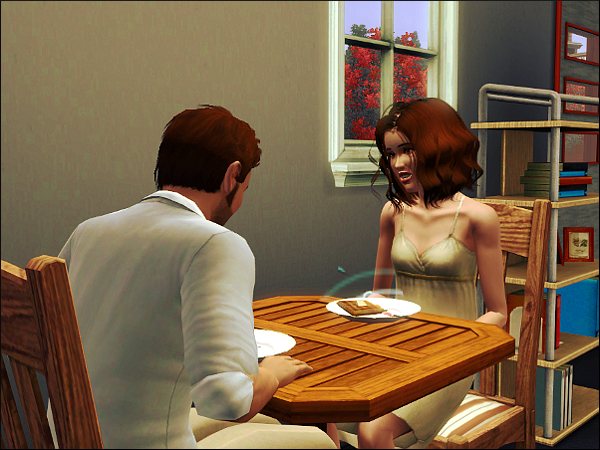 At dinner, he asks her why she hasn't been going to work and why the house is a mess.
"John, I'm pregnant," she says very quietly. 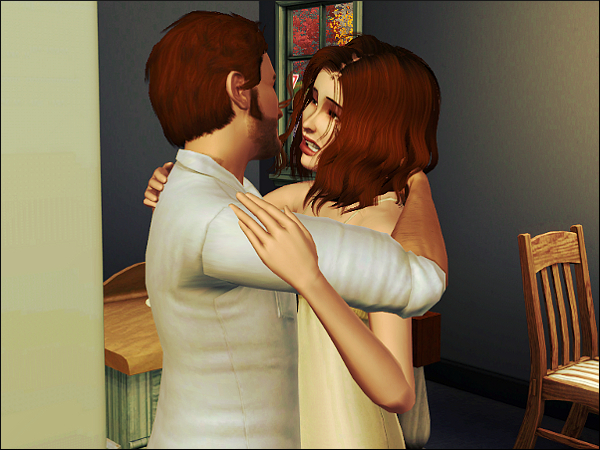 John is a little shocked, but assures her that he's happy about becoming a father. 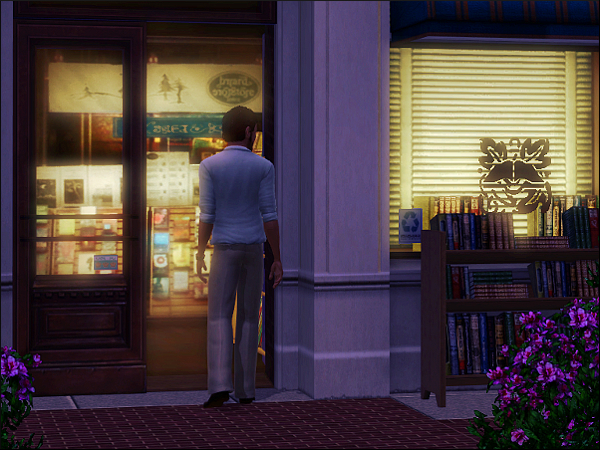 He promptly buys every book he can find on the subject of parenthood with the hope that he
and Molly can read them together. 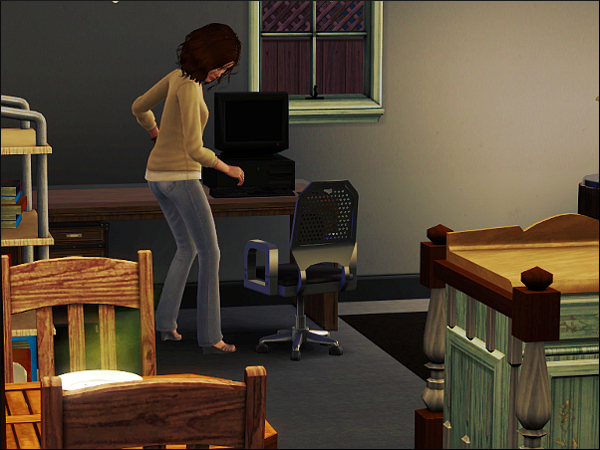 But Molly has little interest in books, or much of anything besides computer games. 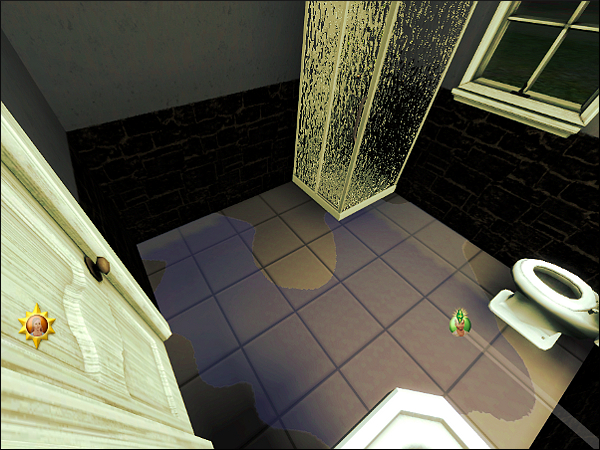 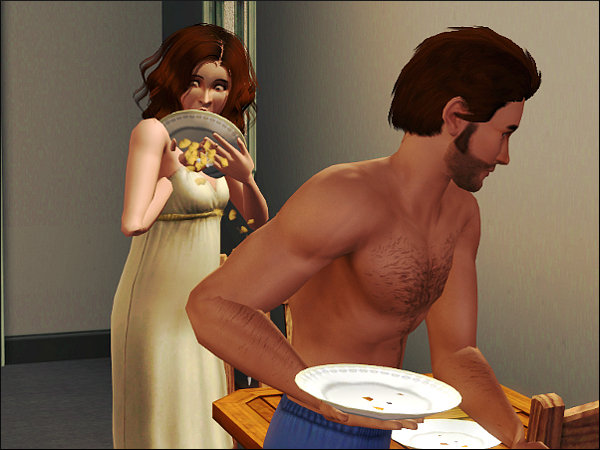 "You missed a spot."

"You shouldn't have!"
John will realize this all too soon.

Once the excitement wears off, Molly returns to popping zits in the bathroom mirror.
She's flirty, a slob, daredevil, party animal, and a hopeless romantic. So the laziness is not
just a result of pregnancy.

That night, a bugler interrupts the happy couples' celebration.

Why even call the police?

Go figure that the one and only time Molly prepares a meal, she goes into labor.

Rushing to the hospital in the rain!

IT'S A GIRL! Matilda Rylan was born with the virtuoso and excitable traits and has brown hair (I think)
and John's gray eyes.

The legacy house receives its first remodel! The master bedroom has been expanded to make room
for Matilda's crib. It won't be long before they need a whole second bedroom.
Tags: legacy, rylan, sims 3
Subscribe